Most people think in vitro fertilization (IVF) as one procedure but it actually has multiple layers in a very complex process.  I will try to do my best to explain some of the science behind it all. Who needs IVF? People who have blocked fallopian tubes, severe genetic disorder (because then you can do genetic testing on the embryos) and people who have unsuccessful infertility treatments.

In My Own Words…

So the IVF process starts with diagnosis with saline ultrasounds, HSG’s, blood work, sperm analysis, etc.  Usually, most of this is done early in the infertility treatment journey but some things do need to be repeated.  For instance, Andrew’s sperm analysis had to be redone before our first round of IVF using some fancy analysis test that they hadn’t used before (I don’t remember the name but instead of a day for the results to come back, we waited a week because they sent the specimen somewhere else – like I said, it was a fancy test).

During the  baseline ultrasound, they may decide to do a saline ultrasound just to check again for abnormalities.  You would hate to have to go through this process only to find out there is a polyp or fibroid in the way.  The other thing they may do during the baseline is a “trial run”. It may sound strange but they want to make sure that everything runs smoothly when they do the embryo transfer because, again, you’ve gone through a lot by the time you get to the transfer.  For the trial, they figure out the best size speculum (because we all know that one size does NOT fit all) and they insert the tubing through the cervix into the uterus making sure it can pass easily noting if there is any cramping and what length is required.

After the baseline, we got the ok to start and I was given a medication protocol.  The first clinic we had our IVF had very precise protocol with a monthly calendar and frequent checks throughout the two weeks of medication.  The second place was a bit more relaxed and I made my own calendar from the list they gave me and there was only 1-2 checks between the start of the medications and the egg retrieval.

What do the medications do?  To explain this I need to explain a natural cycle a little bit.  Normally, there are two hormones that signal a follicle to start maturing an egg: Follicle Stimulating Hormone (FSH) and Luteinizing Hormone (LH).  Usually only one or two follicles get stimulated thus producing only one or two eggs during ovulation. As the egg grows and matures, the follicle increases in size to the point it eventually ruptures releasing the egg.  The release is officially ovulation. The egg is fertilized then travels through the fallopian tube (growing along the way) into the uterus to implant in the uterine lining.

Every medication has its own function but the overall goal is to stimulate as many follicles as possible (not just the normal one or two) to mature the egg inside and exactly time the maturation so that the egg retrieval happens before ovulation.  Some medications stop the body from having its own hormone surge that would muck with what the doctor’s are trying to achieve (Lupron). Some medications prevent premature ovulation which would release not fully mature eggs (Cetrotide). Some stimulate the pituitary gland to release more FSH (Clomid or Letrazole) while others bypass the pituitary all together going directly to the ovaries (Menopur).  The HCG shot is usually used to trigger the final maturation process. The administration of HCG needs to be timed precisely to avoid ovulation before the egg retrieval can happen (usually around 36 hours before retrieval).

They do an ultrasound (or multiple ultrasounds) to check lining (especially if the plan is to do a Fresh Embryo Transfer) and follicle progression.  Even if the plan is for a Frozen Embryo Transfer (FET), they look at the lining to see if it is becoming boggy or not thickening (all indicators of hormone levels).  If the follicles aren’t progressing the way they should, they may push back the egg retrieval by a day or two rechecking via another ultrasound. Once given the all clear, the HCG is timed for the scheduled retrieval and they give instructions for the day of the procedure.  I think the most important piece of information was no heavy scents on the woman or man because strong smells from lotions, perfumes, etc. can damage the eggs and sperm.

The egg retrieval is usually done in the morning.  I am speculating here but I think they choose the morning so the embryologists have time during the day to analyze the eggs right after retrieval and because the anesthesiologist turn into vampires in the afternoon (just kidding).  During the procedure, the gentleman is asked to provide a sperm sample for fertilization. At California IVF, they ask the guys to come in a couple days before to give a sample in case there are difficulties the day of.

Like I said in my previous post, the woman is sedated through the procedure.  The needle is inserted and an ultrasound is used to guide it to the ovaries. Eggs are aspirated and handed over to the embryologists to start the process. 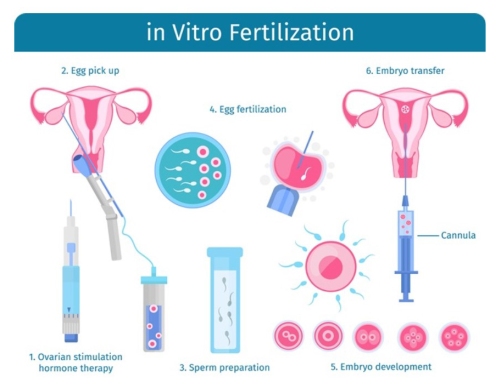 The first step in the laboratory is to check for the best looking sperm and the most mature eggs. 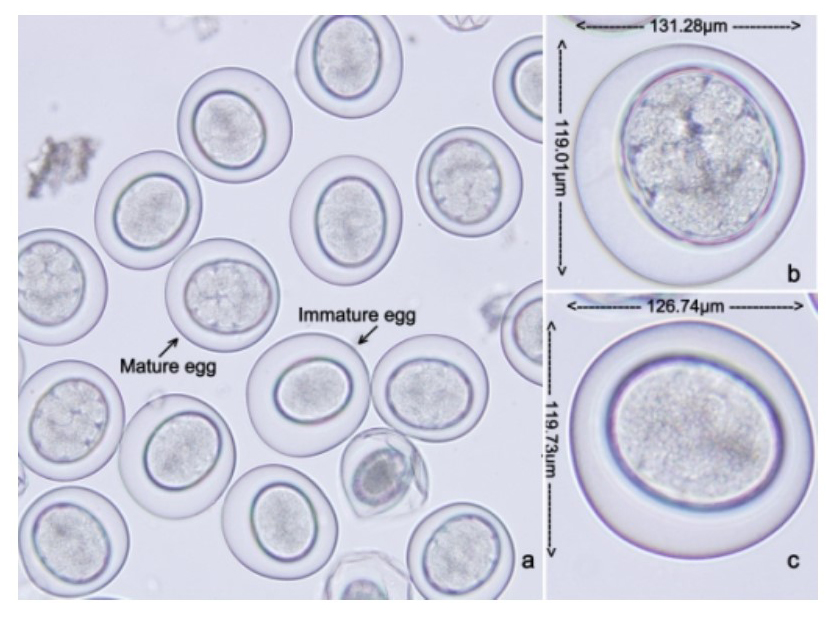 They place the best of both in a petri dish and let them “mingle.”  It’s funny because the term “test tube babies” has been used to describe the miraculous results of IVF but petri dishes are used – not test tubes.  Anyways, the embryologists place the dishes in a warm, well-controlled environment to foster growth and usually don’t check on them until Day 3.  The reason why they leave them alone is because too much movement/manipulation can hinder the process. (There is also ICSI – where they many inject a sperm into an egg – but I will explain that in another post.)

Most places I believe wait until Day 5-6 (sometimes 7), when the embryo reaches blastocyst stage,  before freezing and/or embryo transfer. Blastocysts usually have too many cells to count and have other distinctive features the embryologist looks for.  These features add in grading which I spoke about in my previous post. A lot of articles I read said embryologists use an alphabet grading system at the blastocyst stage but at California IVF, they spoke to us in terms of I-IV (I being the highest and 4 the lowest they will transfer).

The Fresh Embryo Transfer can happen at this stage.  The woman is usually taking additional medication to add in lining production.  I never did a fresh transfer because with the first egg retrieval, we chose to do genetic testing.  With the next two retrievals, I needed to let my body rest since we did two retrievals back-to-back (which I don’t recommend).  I will go into embryo transfers and genetic testing in a future post.

For more information on the IVF process, click here.

For information on medications used during an IVF cycle, click here.

Here’s where I got the pic illustrating the IVF process: Click here.

Published by Dana and Andrew Burke

View all posts by Dana and Andrew Burke

Please feel free to ask us any questions or contact us with well-wishes.